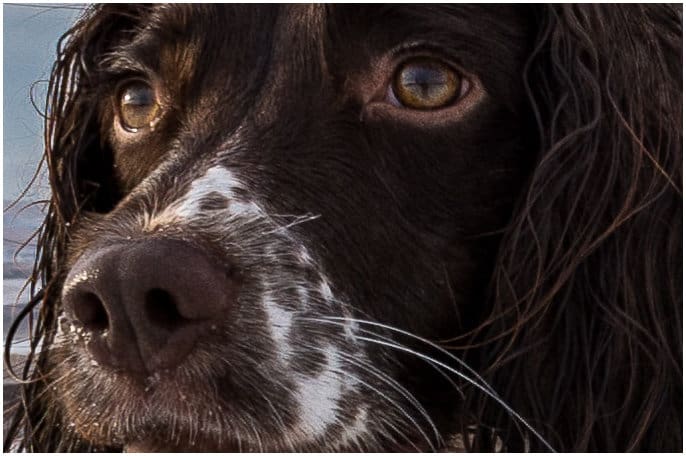 Springer spaniels can get more spots as they grow older. When they are still embryos, their pigment cells slowly move away from their spinal cord to the rest of the body. These spots then become more noticeable when they get older.

Every Springer spaniel is unique, and while they might look very similar, if you pay close attention, you will notice that the spots can be somewhat random depending on the dog. The reason for this is because of various factors with one of them mainly being genetic.

When Do Springer Spaniels Get Their Spots?

It all starts when your Springer spaniel is just an embryo. During this time, pigment cells will begin to make the journey from the spinal cord to other parts of your pooch’s body. Once the cells start to migrate to these different areas, they begin to clone themselves in that specific region.

When the cells clone themselves, they will obviously be of the same color, and so that area of the skin will have the same uniform color as well.

So, all of those darker spots on your Springer spaniel, regardless of whether they are large or small spots, are just grouped pigment cells that had initially clone themselves after they migrated to that area. And all the white spots, no matter how big or small, are unpigmented.

This is where it gets interesting…

When you asked that question of whether Springer spaniels can get more spots throughout their lives, it becomes possible because of the rate at which those cells develop or decide to migrate from the spinal cord.

So, while your dog might start off with certain areas that have darker colors, when they’re adults, those pigment cells will continue to divide and even migrate at a slower pace further away from the spinal cord.

Because of this, what you’re probably noticing is certain spots that are breaking away from others due to the divided cells that are migrating.

That being said, one of the main influences on how your Springer spaniel’s spots will look is largely determined by your dog’s genes.

Why Do Springer Spaniels Have Spots?

To answer this question, you first need to define what a spot is. For most people, it is the darker colors that they see on their dogs that’s not white. However, technically, it is actually the white areas of your dog that are considered to be spots.

So, a dog with black spots is actually a black dog with white spots.

The reason for this is because these are the areas that don’t have pigments. Dogs that have white spots are usually called a piebald or parti-colored dog.

To get a better understanding, let’s go a bit deeper into how this all works. When we speak about pigments, we are actually referring to melanin. Melanin is produced and contained by cells called melanocytes.

It is these cells that migrate from the spinal cord of your dog when it’s an embryo to other areas of the body and then clone themselves. Another reason why they do this is to make sure that your dog has all the melanin it needs in order to block UV from damaging the DNA.

However, due to genetics and breeding, not all dogs are able to have enough melanin migrate over the whole body in order to create one uniform color of brown, black, red, tan or any other color that is common in dogs.

In fact, dogs started to get white spots since thousands of years ago, so this is not something that happened overnight.

Also, another important point to bear in mind is that the distribution of these white spots is not completely random. There is some form of probability in terms of how they are distributed, and therefore patterns can actually be predicted statistically.

So, the reason why your Springer spaniel has white spots is simply because of genetics, but to some degree, breeding has somehow interfered with the number of melanocytes that have migrated into certain areas of your pooch’s body.

And then, when you include other external factors, you have that uniqueness in your Springer spaniel that makes him or her special to you.

What Pigment Colors Do Springer Spaniels Come In?

Welsh Springer spaniels, however, are red and white.

So, it’s finally that time of the year where you decide you need to give your pooch a long overdue haircut. After you’ve completed the job, you notice that there are so many new dark spots that you didn’t notice before.

This is completely normal, because you were simply removing a lot of the hair that was covering those spots which have always been there hiding underneath all of that fur.

Don’t fret if you see if you knew spots on your Springer spaniel. Unless your pooch looks completely different to the pooch you knew yesterday, there’s no need to go back to the park to find the dog owner that accidentally swapped yours with his!