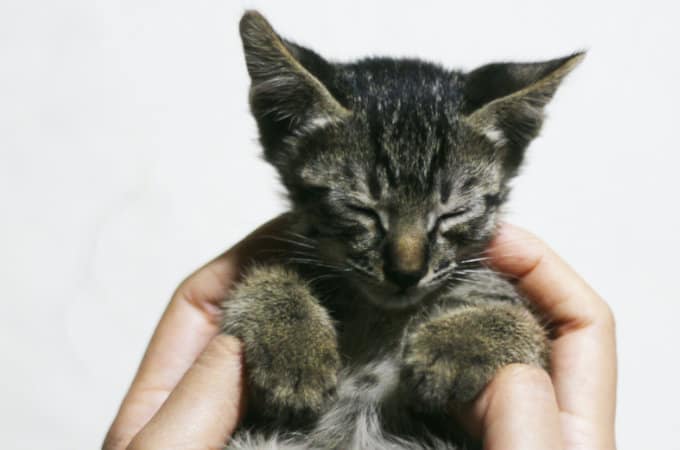 Will there ever be a final answer to the ongoing question of whether cats are loyal to their owners?

Speak to most cat lovers and their answer will be:

Cats are very loyal; they just show their loyalty in a different way to dogs.

Dogs are loyal because they’re compelled to be. They’re pack animals with a clear hierarchy and so they have the strong need to be loyal to their owners as they look bigger and stronger. Their owners are the alpha male.

Well, I’m not sure I completely agree with this statement. However, when you look at the surface, it looks very compelling, right?

This statement seems to suggest that dogs are simply loyal because they’re almost afraid of you. So, being loyal is a component of being submissive? I would like to believe that my dog truly loves me and is not just being submissive to me.

Many cat lovers say that cats are only as loyal as the loyalty you give back to them. This is because cats are reciprocal in nature, but the reciprocation has to start with you first. If you show them enough love first, they will then give it back to you. In other words, you need to give them the respect they deserve.

So, what is the answer?

Well, yes, it is true that dogs are generally pack animals whereas cats are “lone wolves”. Hmm, lone wolves. Funny how this phrase describes a cat.

Back on point, though:

I think it’s very difficult to answer this question completely, because it depends on what you perceive to be loyal. If you expect your cat to come running to the door, meowing and jumping around like crazy every time you come back home from work to show you how much your little feline friend missed you, then you’re probably going to think that cats are not loyal at all.

If, on the other hand, you’re completely cool with the idea of your cat chilling out with you when it feels like it, not bothering to come when you call them, and being completely indifferent whether you left the house for one minute or one day, then cats are pretty damn loyal animals.

Don’t get me wrong:

Not all cats behave this way. Some show a little more emotion while others show less, and I really think it depends on how you treat your feline friend, as well as the type of personality they have.

Okay, okay, so what do the scientists say?

Well, there are Conflicting studies:

One ongoing study at the University of Lincoln in the UK, which is carried out by a veterinary researcher, Daniel Mills and his colleagues, has so far yielded results that cats are not loyal pets.

Now, in case you might think that it’s simply because he’s biased to dogs, Mr. Mills is a cat lover. He even has a photo of his cat in his faculty page on the University’s website.

The research that he and his colleagues carried out was at the University’s Animal Behavior clinic. What they found was that cats don’t truly love their owners back like the way dogs do. One of the experiments they used was called “The Strange Situation“.

When using the same experiment for cats and dogs, it was found that cats were nowhere nearly as disturbed as dogs were at their owners leaving the room.

According to Mills, while cat owners put a lot of effort into being emotionally connected with their cats, cats didn’t reciprocate this effort. Currently, the study has not been published yet.

Okay, but does that really mean that cats don’t love you just because they’re a little bit cold. After all, how many people are in relationships where one partner doesn’t invest the same amount of emotion to another partner? Maybe they’re just introverts and prefer to show their love in a different way, right?

Well, I would hope so!

Another study from Oregon State University says that cats ARE loyal:

Researches from this study believe that cats have been unfairly criticized for their cold nature. According to them, cats can get emotionally attached to their caregivers just like children and dogs. This is known as “secure attachment”. In other words, cats feel secure and calm when their caregiver is present. According to the study, 64.3% of cats have showed signs of secure attachment. When their owners returned, these cats felt more relaxed. Depending on the cat’s nature, once feeling relaxed they would then return back to their normal behavior of exploring their surroundings and seeking attention while others would become very clingy or completely ignore the pet owner.

Maybe the real question isn’t so much whether cats are loyal. Maybe, we need to get over ourselves.

Could it be that some of us are too clingy and therefore need a dog to show us that undeniable affection and loyalty. Okay, that was harsh and utterly incorrect, I know. I love dogs and cats, so who knows where I stand, right? I know many people that love dogs and they are definitely not clingy, and I know many people that love cats and they are clingy.

So, maybe it’s none of the above. Some of us just love the personalities of dogs while others, cats. And may, that is all the answer we need.